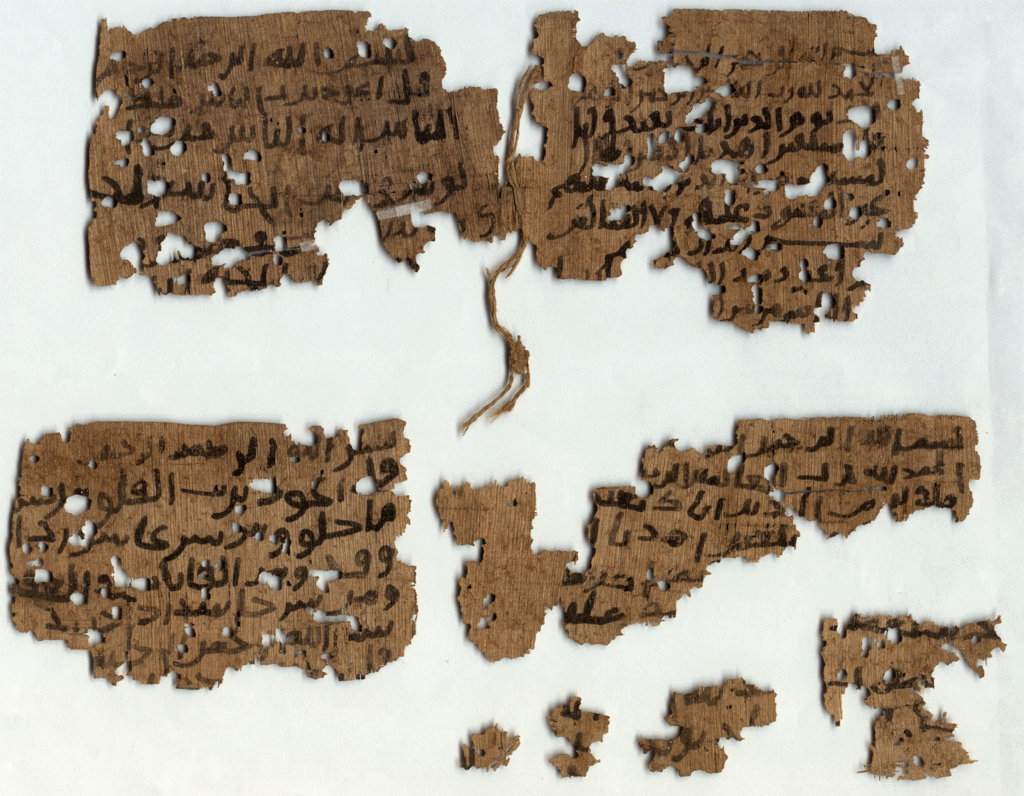 Within collections of ḥadīth, we find “often divergent and even contradictory” reports about the ritual practices of the Prophet Muḥammad, his Companions, and their Successors from the first/seventh and second/eighth centuries.1 Modern scholars suggest that these variant reports “reflect differences in the opinions of various circles of Muslim scholars and indicate that in the early period of Islam many ritual prescriptions were not yet firmly established.”2 Among such contested practices, medicinal and apotropaic rituals seem to have offered a notable sphere of disagreement, with varying opinions recorded for different Companions, Successors, Shīʿī Imams, and even for the Prophet Muḥammad himself.3 Many reports label the usage of verbal incantations (often called ruqya in Arabic), amulets, and talismans as idolatry (in Arabic, shirk) or sorcery (siḥr), and thus outside the bounds of properly Islamic practice. For example, the Companion ʿAbd Allāh ibn Masʿūd (d. 32/652-3) reports that he had heard the Prophet Muḥammad say, “Incantations, amulets, and love spells are idolatry.”4 The Successor al-Ḥasan al-Baṣrī (d. 110/728) similarly reports that the Prophet warned, “If someone ties a knot with a ruqya in it, he has performed sorcery; and if someone performs sorcery, he disbelieves.”5 Elsewhere, however, many of these same practices appear to be considered licit, or at least permissible in certain specific circumstances. Thus, several reports find the Prophet and other authorities explicitly allowing some limited usages (or versions) of ruqyas, with the most commonly cited situations being when one is healing and/or protecting someone from animal venom or the evil eye. However, an even broader ambit of acceptability is implicitly suggested by a ḥadīth in which the Prophet, when he is asked if a particular ruqya to heal scorpion stings should be performed, responds: “If one of you can do something to help your brother, then do it!”6

These variant traditions point to disputes over what healing rituals early Muslims were allowed to perform, as well as how they defined what was and was not considered acceptable. Opinions on ruqyas ranged from labelling their usage as makrūh, sorcerous, idolatrous, to considerably more forgiving attitudes. Yet even when various stipulations were included by the Prophet or others, ruqyas clearly occupied a tenuous position in the early Islamic period in terms of their legality and acceptability as Islamic practice. This ambiguity is well illustrated by a Prophetic ḥadīth found in some Sunnī collections (but no Shīʿī texts, to my knowledge): “There is no problem with the ruqyas in which there is no idolatry,” i.e., no shirk.7 The question is: what constituted “shirk” in this context? The polemical nature of this label, which was (and is) continually contested and prone to negotiation, complicates drawing clear lines of demarcation.8 Indeed, the existence of this ḥadīth perhaps points to the liminal status of ruqyas, which were already near the edge of unacceptability in many early Muslims’ eyes. A similar perspective appears in another statement from the Prophet: “The nearest ruqyas to shirk are the ruqyas of the snake and of the possessed (al-majnūn).”9 This ḥadīth does not state that these ruqyas actually constitute shirk, but it implies that they are certainly close to that category, and suggests that ruqyas in general skirt the line between Islam and shirk. The boundary between ruqya and shirk was seen as quite thin, it would seem, even in the cases of ruqya practices that were characterized as acceptable.

By examining these scattered reports in early Islamic texts regarding the parameters of appropriate ruqya performance, we can reconstruct the debates about what early Muslims considered to be appropriately Islamic incantations. These reports thus offer us a glimpse into the efforts in constructing the outlines of a ritual practice prevalent in early Muslims’ everyday lives: the performance of rites for medical healing and for protection from unseen evil forces. Such debates among early Muslims parallel other late antique groups’ discussions, in which the question of how to pursue healing and protection was similarly related to issues of religious identity and purity. Regarding the deliberations about such practices that appear in rabbinic Jewish texts, Galit Hasan-Rokem writes: “Medical conditions push people to their limits … practices that … may be considered marginal and thus traditionally categorized as folk medicine, including magic, are often sites of abstruse transgressions of boundaries, of individual as well as of group identity.”10 Healing rituals thus functioned as sites of both boundary maintenance and transgression, with participation in them either affirming or calling into question one’s status in one’s religious community. Such practices likewise held powerful social connotations among early Muslims, as Aisha Geissinger has recently noted: “Discourses about ruqya were one way to express anxieties about the stability of ‘proper’ religious and social hierarchies, while also reiterating and affirming the latter.”11 Studying the ways that religious elites—in this case, largely Muslim ḥadīth scholars and jurists—understood the boundaries between acceptable and unacceptable incantations offers a useful view into the performative outlines of early Islamic identities, at least insofar as these elites saw them and attempted to construct them.

It is noteworthy, then, that some of the most critical positions regarding ruqyas and related practices are ascribed to early Muslim scholars from Iraq. In a recent study of early Muslims’ usage of Qurʾānic amulets and their drinking dissolved verses of the Qurʾān, Travis Zadeh observes that the majority of traditionists who contested such practices were Iraqis, and Zadeh suggests that second/eighth controversies over these issues “may well have been entirely focused on Iraq.”12 Within our sources, voices expressing discomfort with the usage of ruqyas also come largely from Kūfa and Baṣra, and much of the debate on this issue does appear to center on Iraq. Leor Halevi has argued that in the Iraqi garrison cities of Baṣra and Kūfa, a distinct effort was made over the course of the first/seventh and second/eighth centuries to distinguish Islamic from non-Islamic ritual practice. Halevi points in particular to Iraqi jurists’ definition of funereal rituals “that would signal the divergence of their religious community from others.”13 It may be that early Muslims’ interests in the formation of distinctly Islamic ritual practices extended also into healing practices like incantations and amulets, and that these too were a point of communal identification like prayer and other religious rituals that Iraqi jurists were eager to define.14

Adam Bursi (PhD, Cornell University) is a Postdoctoral Researcher at Utrecht University in the European Research Council-funded project “SENSIS: The Senses of Islam.” His research studies early Islam in dialogue with other late antique religions, focusing on the ways that rituals related to relics, pilgrimage, and healing were interwoven with the formation and performance of communal identity among early Muslims. His articles have been published in the journals Studies in Late Antiquity, the Journal of the International Qur’anic Studies Association, Arabica, among others, and many of them can be found on his academia.edu page.