Ana Vinea on Jinnology, or How to Build a Modern Orthodox Science of Islamic Exorcism 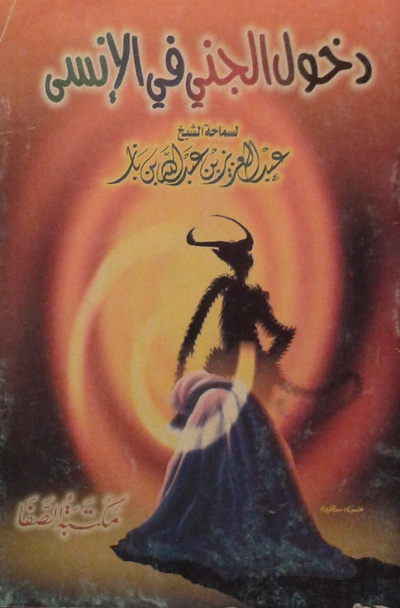 Shaykh Mamduh was among the most articulate Qurʾanic healers I encountered during the ethnographic research I conducted in Cairo on a form of revivalist Islamic exorcism known locally as Qurʾanic healing (al-ʿilāj bi-l-qurʾān). A stocky man in his mid-forties when I met him in 2011, Shaykh Mamduh was seeing patients in his modest apartment in one of Cairo’s informal settlements. Unlike some other Qurʾanic healers, he hadn’t written a book on the therapy, nor had he participated in any of the TV shows discussing it. Yet, Shaykh Mamduh was avidly consuming and collecting each and every media - print, televised, internet - dealing with the jinn and other occult subjects. Full of energy, his eyes sparked with excitement when he discussed his therapeutic practices. His lengthy expositions of the roots, principles, and techniques of Qurʾanic healing, as his classifications of types of jinn possession were striking in their systematicity and specificity. Unabashedly identifying himself and Qurʾanic healing at once with the Salafi orientation, Shaykh Mamduh repeatedly stressed the therapy’s exclusive normativity, as his less assertive co-practitioners also did. And as them, he also claimed a similarity to medicine, as he told me once: “You know, I work like physicians (anā bashtaghal zayy al-aṭibbā’). I talk with the patient, see what the symptoms are, and I diagnose the illness.”

Shaykh Mamduh’s sketchy portrait condenses the main features of the contemporary practice of Qurʾanic healing. This revivalist form of exorcism started to gain visibility in the Egyptian public sphere in the last two decades of the twentieth century and then increasingly at its turn. Emerging on the backdrop of intersecting transformations in religious, medical, and media realms, Qurʾanic healing has stirred contentious public debates on notions of affliction, expertise, care, and authority, debates in which the question of how Islam and science are (or should ideally be) related has been at the forefront. Over the course of my research, I came to see the contemporary practice of Qurʾanic healing as an attempt to create what could be called a modern orthodox science of Islamic exorcism, or to use a term inspired by the IOSOTR workshop, a jinnology. Three main components constitute it: normativization, scientization, and mass dissemination.

Egyptian Qurʾanic healing focuses exclusively on jinn exorcism and counter-sorcery through the recitation of ruqya or al-ruqya al-shar’iyya (the legitimate incantation), a term used to refer to non-standardized combinations of Qurʾanic verses.1 To this, practitioners add supplications (duʿā’, pl. adʿiya), cupping, and prescribe various foodstuffs and substances, especially ḥabbat al-baraka, honey, and musk. This is not an unusual therapeutic repertoire; it draws on centuries-old histories of curative practices and is connected to other forms of knowledge and practice.2 What distinguishes Qurʾanic healing within the broader landscape of Islamic therapies is practitioners’ insistence that only theirs is an orthodox therapy, rooted in the Qurʾan and sunna. Delimiting normativity is simultaneously a process of classification, exclusion, and boundary making. The zār ritual, any therapies not involving jinn exorcism, any kinds of amulets, and anything remotely perceived as linked with Sufism have all been grouped together and condemned by Qurʾanic healers as unpermitted. Part and parcel of the Islamic revival, Qurʾanic healers’ preoccupation with therapeutic orthodoxy signals their Salafi affinity that some, like Shaykh Mamduh, explicitly embrace. This doctrinal inclination is further displayed by their reliance as authoritative figures on historical and contemporary figures like Ibn Taymiyya, Ibn al-Qayyim al-Jawziyya, or bin Baz, the former mufti of Saudi Arabia. That similar forms of exorcism have also emerged in other countries attest to Salafism’s transnationalism and its attendant incursion into the realm of Islamic therapies.3

This normativization drive has been coupled with attempts, conscious or not, to scientize Islamic exorcism. This is seen in Qurʾanic healers’ efforts to standardize and systematize healing knowledge through the recourse to practices, notions and concepts seen as similar to modern scientific ones. At the center of this scientization process has been healers’ reliance on tajriba or al-tajriba al-ʿamaliyya li-l-ʿalag, the practical experience of healing, understood both as cumulative practice-based knowledge and experimental procedures to expand the therapeutic repertoire. A practice and concept with a long history in Islamic occult sciences, Qurʾanic healers have nevertheless seen tajriba as proof of their proximity to physicians and psychiatrists.4 Healers have also embraced a concept and language of symptom (ʿaraḍ, plural aʿrāḍ) that is reminiscent of, but not identical to the biomedical and psychiatric one. This concept has been pivotal in the development of elaborate lists of symptoms for different types of jinn possession and their usage in diagnosis and treatment. Thus, scientization has included both practices bearing a similarity to modern scientific ones and discursive claims of such likeness, as in Shaykh Mamduh’s statement that he works like physicians.

The meeting of normativization and scientization at the heart of Qurʾanic healing has afforded practitioners a double authoritative claim to therapeutic expertise that entwines the religious and the scientific. Such claims have reverberated in the Egyptian public sphere because of the adept way in which Qurʾanic healers have mobilized means of mass dissemination. In the mid-1980s and early 1990s Qurʾanic healers started to publish books and booklets on their therapy, such as the one in the photo above, increasingly prompting the attention of the broader public.5 These were the decades that saw the publication of two text by well-known Salafi preacher Shaykh Wahid ‘Abd al-Salam Bali, The Sharp and Cutting (Method) in Thwarting the Evil Sorcerers [Al-Ṣarīm al-battār fi al-taṣaddī li-l-saḥara al-ashrār] and Protecting the Human Being from the Jinn and the Devils [Wiqāyat al-insān min al-jinn wa-l-shayṭān]. Today they are not unlike “classics,” used to guide the practice of other Qurʾanic healers. It was however the 2000s’ advent of satellite television that has most contributed to the presence of Qurʾanic healing in the public sphere and the intensification of contentious debates around it. Qurʾanic healers have appropriated the televised medium with gusto, both by organizing TV shows promoting their therapy and by participating in TV programs that bring together different perspectives, though often with the implicit goal of discrediting jinn therapies.

The three features of Egyptian Qurʾanic healing I analytically untangled here – normativization, scientization, and mass dissemination, are brought together by a general view of therapeutic knowledge as transparent, public, and potentially available to anyone. This is a therapy that tries to create a modern orthodox science of jinn exorcism, a modern jinnealogy that aims to domesticate the occult and strip away the charismatic powers of healers, materials, or places.6 Of course, “try” is the operative word here, as many scholars have shown when it comes to similar modernizing projects.7

In that sense, the figure of the Qurʾanic healer is a paradoxical one in relation to how Islamic healing has often been framed in scholarly literature - as pertaining to the realm of “popular religion” and in tense relationship to “normative Islam.”8 But the figure of the Qurʾanic healer is contradictory in another sense. Practitioners’ attempts to create a modern science of the jinn complicate to a certain extent a central trio in the conceptual grammar of modernity – science/religion/magic, and yet never manage to escape it completely.